What do you do when you have have a friend that can’t handle the truth but that you don’t want to lie to?  You tell them as much of the truth as they can handle and that’s exactly what we need to do for MIM.

In this case, truth comes in the form of an SQL alias, your friend MIM will never know the truth that it’s actually talking to SQL on a port other than 1433.  Shocking!

For testing and troubleshooting purposes it is useful to create an empty file with a .udl extension, for example test.udl, and then double-click that file to launch it. 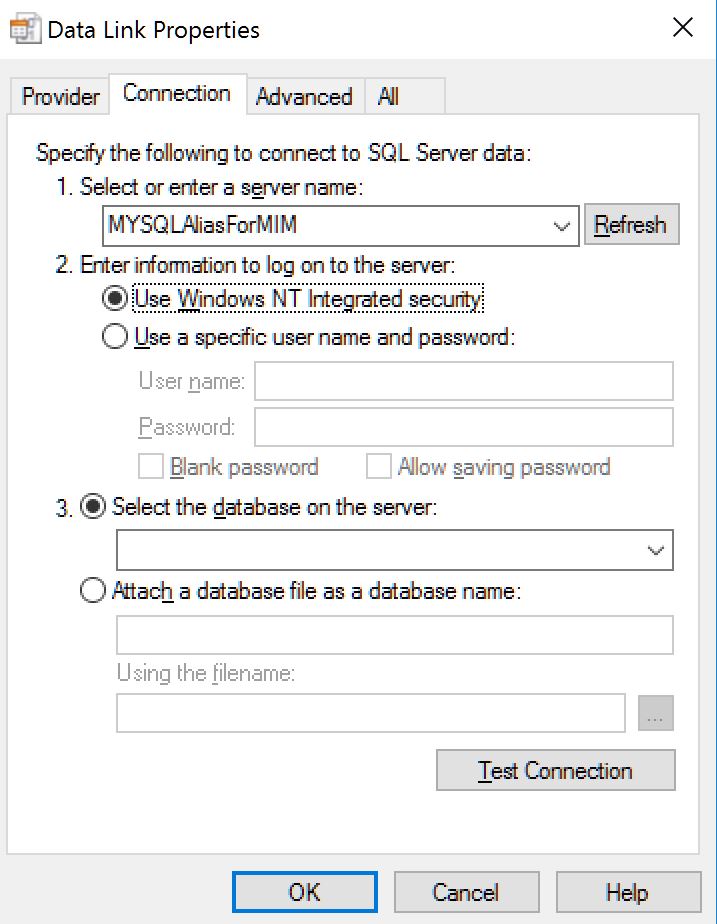 Make sure you’re testing the same provider that your application uses, the current version of the MIM Setup program seems to use the SQL OLE DB provider rather than the SQL Server Native Client.

FIM errors on setup and upgrade when using a custom SQL port:

#FIM2010 upgrade/update failure and roll back

You cannot use the Transport Layer Security protocol version 1.2 to connect to a server that is running SQL Server 2014 or SQL Server 2012
https://support.microsoft.com/en-us/kb/3052404

Setting Up a SQL Server Alias with SharePoint Server 2013