Last summer, our customized lab VM’s started having issues after updating from Windows Update and applying the latest fixes.

The error message received was ‘The security database on the server does not have a computer account for this workstation trust relationship’ when trying to log on via RDP.

After extensive troubleshooting we determined that this seems to have been caused by changes which renamed the VM internally, either in Azure Resource Manager, the Windows Update code or the version of the Azure IaaS agent running on the VM’s.

At any rate… as the server was a domain controller, when it renamed itself to match the external name of the VM it caused an identity crisis as it could no longer find itself.

Yes… the technically correct answer from the handbook is to Sysprep/Generalize any image/template VM that you deploy to Azure but for a lab scenario you sometimes want to have a specialized image that contains AD & Friends – and AD and Sysprep are just not friends as Sysprep will eat AD and not even leave a skeleton behind.

Prior to June this year, deploying a customized non-sysprepped VM from an image with a new name to Azure Resource Manager did not change the actual computer name inside the image if the VM was a domain controller.

This meant you could deploy the same lab image multiple times to Azure with a different external VM name but the name of the VM inside the OS would stay the same.

At some point between June and August this year there seems to have been a change to this which was affecting the image, after updating from Windows Update the name of the server inside the VM was now being changed to match the external name.

This in turn resulted in it being impossible to log on to the VM after rebooting, as the actual computer name of the domain controller VM in the AD that it hosts isn’t changed to the new name at the same time.

TLDR: Redeploy the VM using the original VM name, run Windows Update and update without problems.  Create a new image from the updated VHD as a new template VHD.

I’ve tested a couple of different deployments after updating the specialized image and it doesn’t look like there is an issue updating from Windows Update using the new template that contains the latest updates, even if deployed again using a different name.  Either the rename is dependent on a specific component being updated or possibly it’s related to the version of the Azure agent running on the VM.

Note: if the AD Recycle Bin isn’t already enabled in your forest then you need to dig out your last system state backup and go through the restore process – enabling the ADRB does not help with recovering any objects deleted prior to it being enabled.  See this article for enabling it.

If your VM snapshot doesn’t fulfil the minimum OS and virtualization requirements then you may still be able to use it as a last resort but the operation will be a lengthy process if the snapshot DC was brought online before manually setting the “Database Restored from Backup” registry key on it to force it to generate a new invocation ID.

From the VMware article on VM-GenerationID support:

VM-Generation ID functionality requires the hypervisor vendor to create the virtual machine identifier and expose it to the guest. VMware has provided this functionality in the following releases of vSphere:

From the Technet article on Safe Domain Controller Virtualization:

Let´s look at the AD Recycle Bin in action in a lab:

First, we check whether the AD Recycle Bin feature is enabled in my lab forest using the following Powershell command:

If the EnabledScopes part is empty it means the AD Recycle Bin still hasn’t been enabled in your AD forest, luckily I already have it enabled in my lab.

Now, I just deleted a few items from my AD lab, some of which shouldn’t have been deleted and now need to be restored quickly.  I know all the deleted objects had ‘Test’ in the name so let’s see what shows up in the AD Recycle Bin when searching for objects with the isDeleted AD attribute set to ‘true’ and that include Test somewhere in the name and then sorting the list by the AD attributes msds-lastKnownRdn and lastknownParent to see where they were originally deleted from:

Of these 6 items, I’m only interested in restoring the group objects (the other ones were intentionally deleted).  I’ll add a filter to only target groups and then pipe it to the Restore-ADObject Powershell command with the -WhatIf switch appended to determine what action would be performed on which objects without actually performing the restore:

Great, the -WhatIf option shows me the command would restore only the two groups that I want to restore and leave everything else we don’t want to restore still in a deleted state in the AD Recycle Bin.  We can now confidently run the same command again without the -WhatIf switch (Adding the -Verbose option instead to report the status for each restore):

Excellent! The two groups and their pre-deletion membership state are now back in business without having to bother with a lengthy restore process!  Let’s confirm the groups are really back in the correct OU in AD by running Get-ADObject again without the ‘isDeleted’ filter option:

The undeleted groups are back where they belong in AD with the correct membership in the minimum amount of time required to recover from the original error.

This will of course *not* replace your regular backup procedures but it should really be considered a mandatory precaution to enable it in any AD environment running Windows 2008 R2 DC’s as it really cuts down the time required to recover from accidental deletion of objects in AD.

In W2k12 R2 there is now also the option of using the Active Directory Administrative Center to undelete objects if you want a more graphical way of doing things:

Fixing When Your Domain Traveled Back In Time, the Great System Time Rollback to the Year 2000
http://blogs.technet.com/b/askpfeplat/archive/2012/11/23/fixing-when-your-domain-traveled-back-in-time-the-great-system-time-rollback-to-the-year-2000.aspx 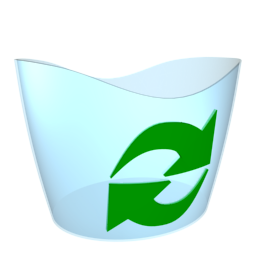